Footballers’ careers are often short, so when looking beyond the game the AAT is an obvious next career choice for some.

During the summer of 2019, Leah Williamson’s profile grew dramatically. The Arsenal centre-back was part of an England squad that made it to the semi-finals of the World Cup, falling agonisingly short against eventual champions USA, before eventually finishing fourth after defeat in the third-place play-off to Sweden.

With Arsenal winning the Women’s Super League in 2019, and current England manager Phil Neville saying about Williamson, “you get some players who are born to captain England. She’s a leader,” it’s clear that her football career has taken off.

But, of course, this year is very different to previous ones, and with no football taking place Williamson is one of a number of footballers studying for the AAT accountancy qualifications.

Whether it’s to provide them with an alternative career should football not work out, give an option as to what to do when they retire from the game, or to work alongside football, it appears that accountancy is a strong career of choice for many footballers.

Here’s three others who have taken or who are in the process of taking accounting qualifications:

Sam had an outstanding season in the Scottish Premiership last season, with his 11 goals in 21 league matches propelling his side to fourth place. Sam was named player of the month in December 2018 for his superb contribution to the team, scoring seven goals in Aberdeen’s eight league games despite also being on the receiving end of a red card at Rangers.

On the side however, Sam is combining his professional career with his love of numbers, through studying an Advanced Diploma in Accounting with AAT.

“I started my studies mainly as a back-up plan, in case my aspirations of being a footballer should ever fail,” says Sam, who has been studying for the past year. “Accounting was an area I was interested in, and it could open up a wide area of job potential.”

This isn’t the first time Sam, who studies his accounting courses from home via distance learning, has shown an aptitude for gaining skills outside his first love of football. During his scholarship at Wigan Athletic, Sam studied for an A-Level in marine biology – a move that prompted Gregor Rioch, Wigan’s academy manager, to comment: “Sam was clear that football as a career can be a short one, and we were happy to support his planning for the future, be that in the short-term or at the end of his career.”

With Cheshire-born Sam banging in the goals for Aberdeen mid-way through his second year playing north of the border prior to the Covid-19 outbreak, a short career in football hardly seems likely barring the obvious threat of serious injury.

However, he recognises that there are greater benefits from his course than simply gaining qualifications as a potential back-up career.

“The most rewarding part of my studies is knowing that I am using my spare time productively, in order to gain new and important skills within accountancy,” Sam adds. “It can be a challenge, after a full day at a physically and mentally demanding job, to find the time and motivation to sit down and learn new content.

“But, at the same time, learning allows me to switch my mind away from the stresses of my job, therefore allowing me to concentrate even more when on the training ground.”

Sam is also quick to recognise the encouragement that The Professional Footballers’ Association Scotland provides, not only to him but to all professionals in the country who wish to improve their skillsets outside of football.

“The PFAS has a vast network of support, ranging from 24/7 careers advice to putting on free skills sessions, such as the IT course I am currently taking,” Sam says.

There doesn’t appear to be an immediate hurry for this well-grounded young individual to put his accountancy skills to the test in a professional environment. But Sam is safe in the knowledge that should things not work out there’s a career in accountancy waiting for him once he has completed his qualifications. Although marine biology isn’t totally dead in the water, either…

Reece’s footballing career is still going strong, but he now combines his on-pitch career with semi-professional Hereford, who he joined in May 2019, with a new-found role in the accounting industry.

To date, Reece has played for 16 different clubs, most notably in the Conference with Forest Green Rovers (now a Football League club), with his strong goal scoring record leading to a loan spell in League Two with Wycombe Wanderers.

But towards the end of his time at Forest Green, Reece took the opportunity to learn new skills in order to give him a career option once his professional playing days came to a close.

“I started studying my AAT qualifications in 2014,” says Reece. “Football gave me some spare time around training, so I decided to study, starting with Level 2.”

Reece no longer plays full-time, and he works as an Accounts Assistant at Safety Technology International, a manufacturer of fire safety products. It’s a role he’s been in since early 2017, during which time he has played for Tamworth, Darlington and Alfreton prior to his signing for Hereford.

“I enjoy everything about my job,” adds Reece. “It has given me a solid foundation, and I get involved in every aspect of the finance department. I was also able to gain a pay rise when I completed my AAT studies and became a MAAT (member of AAT).

“That, in turn, allows me to continue playing football both locally and internationally – I have five caps for Gibraltar and am hoping to build on that total.”

And Reece is quick to suggest that other footballers similarly consider what they might do when their professional playing days are over. “People should have the courage and the drive to learn something different, especially with how short a football career is,” he adds.

“Accounting was perfect because it was something I was interested in. I’m quite an advocate of people continuing their education whilst in football, but most players don’t think like that, unfortunately.”

Rebecca’s in her second spell with Cambridge City Ladies, who she has captained for the past three seasons. She was named AAT Apprentice of the Year in 2017.

“I started playing competitively with Burwell Tigers when I was 11, before moving to Cambridge City at the age of 16,” explains Rebecca. “I then spent two years with Cambridge United before returning to Cambridge City for the start of the 2016/17 season. We won promotion to the FA Women’s National League at the end of last season.”

Alongside her football training, Rebecca has worked hard at her accounting career. Initially doing a Level 2 apprenticeship with a property investment firm, she moved to accountancy practice Streets Chartered Accountants, working in their Cambridge branch, and completed her AAT studies at Professional Diploma level.

Rebecca has since begun her ACCA studies, and is currently two exams away from becoming a chartered accountant.

“I was able to almost immediately implement the skills I had learned in my day-to-day role in the workplace, and I was earning while I was learning on the job,” Rebecca says. “I certainly have no regrets about not going on to university, and this allowed me to do my studies and play football for my local club.”

She adds: “Although studying to further my career prospects took priority, I also believe downtime is important. By sticking to my study plan I ensured I had time to both play football and socialise.

“Having my accountancy career is something I can work in alongside my football, and it will still be there when I retire from playing.”

It’s not just footballers who are gaining support from their clubs for their future careers outside of football – many top football clubs are also providing support through their community foundations.

Current European champions Liverpool FC are one of six sides delivering the Leadership Through Sport and Business (LTSB) programme through their community foundations (the others being Aston Villa, Chelsea, Manchester City, Tottenham Hotspur, and West Ham United).

Successful applicants learn transferable sports coaching skills that they put into practice with the foundations, as well as gaining accounting skills, starting with AAT’s Foundation Certificate in Accounting. This leads them towards paid 18-month apprenticeships, which in turn takes them down the path to full employment.

Patrick Edison-Graham is one of LTSB’s recent successes. He took part in the LFC Foundation’s employment programme with LTSB, achieved his accounting qualifications, and is now working as a junior accountant for Mazars – one of the largest accountancy firms in the country.

“I knew that I needed to improve my CV and make myself more appealing to employers, in order to gain access to a career in accounting and finance. I had support from LTSB and the LFC Foundation to help me with careers coaching and interview practice, while I also supported the Foundation’s coaches on various schools projects in Merseyside,” says Patrick.

“Achieving my AAT qualification, along with gaining work experience and personal development definitely helped. It gave me plenty more skills to include in my application, while I felt much more confident during the interviews.”

The LTSB programme helped 232 bright young people from disadvantaged backgrounds find employment in the finance industry during its first five intake years (2012-16). Some 68% of participants came from BAME backgrounds, while 52% lived in the most deprived 30% of the country. And 87% of those who have completed the programme remained in full-time paid employment at least six months on. 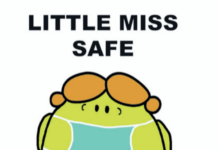 Are you a workaholic or a daydreamer?

The eyes have it 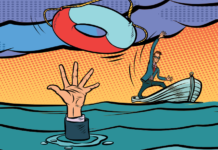 Time to restructure your qualification portfolio?