Being a successful ICAEW chartered accountant increasingly relies on developing soft skills rather than crunching numbers,” says Adam Birt, head of qualifications strategy and development at ICAEW. However, with so many people focused on the figures, both in and out of the profession, that message can sometimes be hard to communicate. With businesses changing their attitude towards ‘soft’ skills in recent years, and many more changes on the horizon, chartered accountants need the skills to adapt now more than ever.

Soft skills and technical skills, according to Birt, have been assessed in the ACA qualification for as long as he can remember. However, it has become increasingly more prominent. “Previously, student focus had mainly been on learning the technical knowledge to pass the exams, while development of skills was primarily on-the-job. The ICAEW did indicate what these skills should be but it was very much left to the employers to develop them,” Birt says.

In recent years, employer preferences have shifted. “Since 2013, the skills aspect has become the key area that employers and clients look for – from all professions really, but particularly from chartered accountants,” Birt reflects. The perception these days, he says, is that the technical knowledge is almost a given.

Now, those studying to become an ICAEW accountant should expect not only to be confronted with learning the technical knowhow, but also with developing the portfolio of skills both through assessment in the exams and application in the workplace.

Passing the exams is one of the ACA requirements. The exams assess the knowledge required to become an ICAEW accountant. “ICAEW writes the exams, sets the exams, marks them, assesses them – so we understand everything about the exams and know when the students have passed,” says Kevin Butler, training manager at ICAEW. “That’s a tick in the box of what makes a chartered accountant.”

It’s understandable, therefore, that students concentrate so much on exams. However, ICAEW is not just looking to test technical knowledge – the exams fulfil a dual purpose. “Communication, problem-solving and similar skills are quite easily assessed in the style in which we examine,” says Birt. He points out the four areas of skills development the exams focus on covering: “The first is assimilating and using information, the second is structuring problems and solutions, the third is applying judgement (professional scepticism and critical thinking) and the fourth is concluding, recommending and communicating.”

One of the main reasons for developing these skills is that, unlike technical knowledge, which may be subject to change, the skills provide tools through which a chartered accountant can be responsible for their own continuing development. “The knowledge we give during the training is up-to-date at the point at which we give it,” Birt explains. However each student must undertake continuous professional development to ensure that they have the most up-to-date knowledge and specific skills particular to their role.

As students pass exams, their results will be recorded in their training file. A training file is confidential and specific to each student. But it is not just a digital record of exam results.

Alongside this, they keep track of how much work experience they have acquired and, of course, the hugely important ethics covered through the ACA. A big portion of the training file is also dedicated to the skills the students are developing through work. “The big chunk of a student’s time in completing the training file is taken up by them completing the professional development ladders,” Butler says. The professional development ladders, a system for quantifying skills development across a broad range of areas, were developed by ICAEW to ensure that students are developing all the skills required of a chartered accountant. However, this is not as daunting as it may seem, Butler explains.

Students develop many skills in the workplace that they’re not being trained in directly and may not even realise they’re developing.

Although they might not be receiving specific training in these skills they’re still hugely important, says Butler. “I tell students: ‘Without them you wouldn’t be able to talk to anybody, you wouldn’t be able to communicate either upwards, downwards, or across with your colleagues, you would be scared to make decisions and wouldn’t be able to sort out any problems you had. You really wouldn’t be useful to your business in the slightest.’ This is where it starts to click with them.” And he’s right, the areas focused on in the professional development ladders are essential to being able to function in a workplace and apply the technical knowledge gained through study.

As the steps increase and the skills the student is required to demonstrate get more complex the student may even have to look outside work to achieve them.

“Or the employer might have to think long and hard about how they might challenge their student to demonstrate that,” says Birt.

According to Butler, something that he particularly appreciates is employers changing what they’re doing to accommodate the development of a student.

“When I first read about it I thought it was going to be a bit of a formality but, now I’ve actually been through the process, I think peer reviews helped me massively,” says Jeremy Cooper, finance analyst at Aston Martin.

Now approaching his final year of study, Cooper explains that going through the log and keeping track allowed him to see what he needed to focus on and he learned how to justify the things he’d worked on. “I got in a process of logging everything I worked on, on a frequent basis,” he says. This means that now, when presented with a given scenario, he is confident that he’s been through that and can justify it in his training file.

Having to achieve specific skills also drives an individual to seek out opportunities. “At the beginning of this process I found it quite difficult, as I tried to match an example from my work with a point, where now I don’t do that at all,” Cooper says. Instead he considers a point he wants to achieve and spends the next six months working towards that.

This led to Cooper becoming involved in a systems deployment in his previous workplace. After discussing the skills he needed to demonstrate on the professional development ladder with his qualified person responsible for training (QPRT), it was decided that this was the best way to achieve them. “We spoke to the finance director and asked if I could be part of the systems deployment because it helped my learning and I had to at some point because of my development log,” Cooper explains.

It is the requirement to reflect upon and consider the specific ways in which skills can be achieved that Butler thinks is the purpose of the professional development process. “Students have got to think of an example of how they have gained skills. This process helps achieve two things; it is a step on the ladder and, hopefully, it also makes them realise that, as each month and year goes by, they are actually so much more capable of coping with the real world they are about to enter.”

With the right direction and reflection, a student will become far more than a regurgitator of knowledge. For Cooper, this is essential as he says it gives you all the attributes and ammunition you need to be able to push further in your career and attain better and better positions. He also thinks it enables you to become a better leader and nurturer of others.

“What this process does is it gives you the confidence in yourself to know you’ve covered all the bases and now it’s time to share that knowledge.”

• Thanks to the ICAEW for this article Reproduced with the permission of ICAEW, this article was first published in Vital (June 2019) 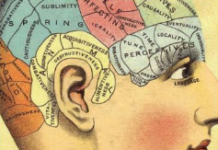 Time to test yourself: variance analysis