Tom Clendon looks at the standard of fair value measurement and considers its application.

Fair value is defined as “the price that would be received to sell an asset or paid to transfer a liability in an orderly transaction between market participants at the measurement date”. Thus the standard defines fair value on the basis of an ‘exit price’ notion and uses a ‘fair value hierarchy’, which results in a market-based, rather than entity-specific, measurement. So much for theory. Now that the standard has settled down its application is beginning to be examined. Let us see how fair values are applied in practical situations.

An investor has acquired control of Marina Bay and is conducting a review of the subsidiary’s assets and liabilities to ascertain their fair value at the date of acquisition in order to determine goodwill.

Marina Bay has been supplying goods to the pharmaceutical industry for many years. A particular medicine sold by one of the pharmaceutical companies has resulted in serious side effects in a minority of persons prescribed with this drug. A legal class action was launched last year against the pharmaceutical company. As a supplier Marina Bay has been named as a co-defendant in the case. It is estimated that if the case is successful then Marina Bay could be liable for damages of $100 million. Legal advice suggests that there is only a 5% chance of the case being successful. If the matter goes to court then it will take three years to resolve. Marina Bay has not recognised any liability on the grounds that there is no probable out flow of economic benefits.

Marina Bay has owned some land for many years adjacent to its head office in the centre of the city. It is currently used as parking for staff. The land is carried at its original cost of $2 million in the financial statements of Marina Bay in accordance with its accounting policy. On the basis that the land is used as a car park then it is estimated that it has a value of $3 million. If the land were to be sold then a buyer might be expected to pay $10 million because of the development potential.

Required: Discuss how the contingent liability and the land can be measured at fair value in the group accounts.

Answer fair value of the contingent liability While at the individual company stage Marina Bay is correct in not recognising any liability on the basis that it does not meet the probability test threshold of IAS 37 Provisions – it is necessary in a business combination for the acquiror of Marina Bay to consider the fair value of the assets and liabilities it is taking over.

But in this example, there is no market value to observe so we fall back an estimate (technically level three in hierarchy of fair values). On this basis the fair value of the liability could therefore be measured using expected values (5% x $100 million) $5 million, and further this should be then discounted for three years to reflect the time value of money.

Answer fair value of the land

Fair value in the context of an asset is the amount that the asset can be sold for in an orderly transaction between market participants at the measurement date. With a non-financial asset in arriving at the fair value it is necessary to consider alternative legal uses in order to arrive at the best price.

That Marina Bay has no plans to sell the land and uses it as a car park is therefore not relevant to determining its fair value. On the open market the land would be valued with its development potential in mind.

In the group accounts, the fair value of this land at the date of acquisition is $10 million. This results in a fair value adjustment of $8 million and in effect reduces the measurement of any goodwill that arises.

• Tom Clendon is a former PQ lecturer of the year. He is the online ACCA SBR tutor with FME Learnonline and the SBR guru for ACCA. 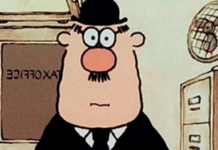 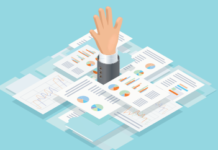 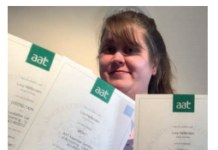 Progress your career with AAT