PQ editor Graham Hambly looks at how the Competition and Markets Authority plans to take on the market power of Google and Facebook.

The UK government needs to introduce a new pro-competition regulatory regime to tackle Google and Facebook’s market power, according to the Competition and Markets Authority (CMA).

It says existing laws are not suitable for effective regulation. It is therefore calling for a new regime to govern the behaviour of major platforms funded by digital advertising.

A year-long study found that UK expenditure on digital advertising was around £14 billion in 2019, equivalent to £500 per household. About 80% of this is earned by just two companies – Google and Facebook.

CMA stressed that the services provided by Facebook and Google are highly valued by consumers and help many small businesses to reach new customers. Both grew by offering better services than the main competition, and now CMA is concerned that they have developed such unassailable market positions that rivals can no longer compete on equal terms.

Their large user base is a source of market power – it means Facebook is a ‘must-have’ network for users to remain in contact with each other, and enables Google to train its search algorithms in ways that other search engines can’t.

Each has unmatched access to user data, allowing them to target advertisements toindividual consumers and tailor the services they provide.

Both also use default settings to nudge people into using their services and giving up their data – for example Google paid around £1.2 billion in 2019 to be the default search provider on mobile devices and browsers in the UK, while Facebook requires people to accept personalised advertising as a condition for using their service.

Their presence across many different markets, partially acquired through many acquisitions over the years, also makes it harder for rivals to compete.

Together all these factors work to reinforce each other and are extremely difficult for likely competitor to overcome, says the CMA. It feels that weak competition in search and social media leads to reduced choice and perhaps more importantly a lack of innovation.

At the same time consumers are being asked to give up more of their personal data, and appear to have little choice in the matter.

Google and Facebook’s market positions also have a profound impact on newspapers and other publishers. The CMA has found that newspapers are reliant on Google and Facebook for almost 40% of all visits to their sites. This dependency squeezes their share of the digital advertising revenues, undermining their ability to produce valuable content.

Time for a new regime

The CMA wants to see the creation of a new pro-competition regulatory regime, so that users can continue to benefit from innovative new services. It is proposing that within the new regime a ‘Digital Market Unit’ should have the ability to enforce a code of conduct to ensure platforms with a position of market power do not exploit their positions and engage in exclusionary practices. If necessary, fines will need to be imposed.

Google should also be made to open its click and query data to rival search engines to allow them to improve their algorithms, so they can compete properly. This, says CMA, would be designed in a way that does not involve the transfer of personal data to avoid privacy issues.

Restricts on Google’s ability to secure its place as the default search engine on mobile devices and browsers will need to be looked at too.

Facebook would also need to give consumers a choice over whether to receive personalised advertising and could be ordered to increase its interoperability with competing social media platforms.

Finally, it is suggested that the new regime could order the separation of platforms where necessary to ensure healthy competition. CMA CEO Andrea Coscelli said that if the market power of Facebook and Google goes unchecked people and businesses will lose out.

She explained: “People will carry on handing over more of their personal data than necessary, a lack of competition could mean higher prices for goods and services bought online and we could all miss out on the benefits of the next innovative digital platform.”

Straight from the horse’s mouth 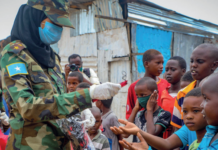