Do you have the stamina to pass the ACCA SBL exam? In the most recent Examiner’s Report, the examiner said they were worried there were ‘indications’ that sitters are running out of stamina during the four-hour test. The examiner stressed it was also noticeable thatthe quality of answers tailed off towards the end of the exam.

The examiner is strongly recommending that students take mock exams before the real thing, under exam conditions, to get used to the demands on concentration, thinking and writing that the longer exam requires. Students are also showing the examiner which questions they are struggling with most.

The examiner said: “Mostly, candidates answered the questions in order. Where they did not they appeared to be leaving one question, which they liked least, until the end.” trialing The concern here is that in future exams the examiner has said the questions may follow a timeline or have question requirements that progress in other ways. That means you are getting a direct recommendation to answer the requirements in order. 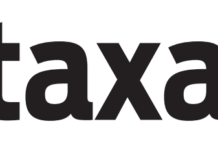