We take a look at the latest International Tax Competitiveness Index.

How important is it for a country to have a competitive tax rate? In today’s globalised world capital is highly mobile and businesses will look for countries with lower tax rates on investment to maximise their after-tax rate of return. If a country’s tax rate is too high, it will drive investment elsewhere, leading to slower economic growth. High marginal tax rates can also lead to tax avoidance.

According to research from the OECD, corporate tax is the most ‘harmful’ tax for economic growth. Taxes on immovable property have the smallest impact on growth.

Meanwhile, a neutral tax seeks to raise the most revenue with the fewest economic distortions. This means that it doesn’t favour consumption over saving, as happens with investment taxes and wealth taxes. This also means few or no targeted tax breaks for specific activities carried out by businesses or individuals.

As tax laws become more complex, they also become less neutral. If, in theory, the same taxes apply to all businesses and individuals, but the rules are such that large businesses or wealthy individuals can change their behaviour to gain a tax advantage, this undermines the neutrality of a tax system.

A tax code that is competitive and neutral promotes sustainable economic growth and investment while raising sufficient revenue for government priorities.

There are, however, many factors unrelated to taxes which affect a country’s economic performance.

With this in mind, the International Competitive Tax Index aims to measure the extent to which a country’s tax system adheres to what it sees as the two important aspects of tax policy – competitiveness and neutrality.

For the seventh year in a row, Estonia, had the best tax code in the OECD. Its top score is driven by four positive features of its tax system. First, it has a 20% tax rate on corporate income that is only applied to distributed profits. Second, it has a flat 20% tax on individual income that does not apply to personal dividend income. Third, its property tax applies only to the value of land, rather than to the value of real property or capital. Finally, it has a territorial tax system that exempts 100% of foreign profits earned by domestic corporations from domestic taxation, with few restrictions.

While Estonia’s tax system is the most competitive in the OECD, the other top countries’ tax systems receive high scores due to excellence in one or more of the major tax categories. Latvia, which recently adopted the Estonian system for corporate taxation, also has a relatively efficient system for taxing labour income. New Zealand has a relatively flat, low-rate individual income tax that also exempts capital gains (with a combined top rate of 33%), a well-structured property tax, and a broad-based value-added tax. Switzerland has a relatively low corporate tax rate (21.1%), a low, broad-based consumption tax, and a relatively flat individual income tax that exempts capital gains from taxation.

Italy has the least competitive tax system in the OECD. It has a wealth tax, a financial transaction tax and an estate tax. Italy also has a high compliance burden associated with its individual tax system. It takes businesses an estimated 169 hours to comply with the individual income tax. The Italian consumption tax system covers less than 40% of final consumption, revealing both policy and enforcement gaps.

The UK has been ranked 22nd in the latest International Tax Competitive Index, which is put together by the Tax Foundation. That is one place worse than 2019. Here are the perceived strengths and weaknesses of the UK tax system:

Strengths
• The corporate income tax rate is 19%, below the OECD average (23.3%).
• The UK has a territorial tax system exempting both foreign dividend and capital gains income without any country limitations.
• The UK tax treaty network with 130 countries is the broadest in the OECD.

Weaknesses
• The personal income tax rate on dividends is 38.1%, well above the OECD average (23.9%).
• Corporations are severely limited in the investment costs they are able to write off, particularly for industrial buildings.
• The VAT of 20% applies to less than half of the potential consumption tax base. 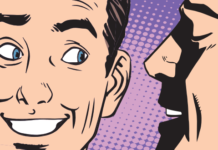 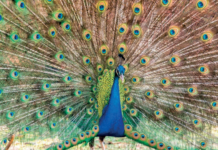 Show them what you’ve got 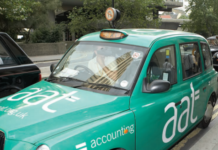