Can shareholders own a company? The answer is not nearly as
straightforward as you might think, says Professor Prem Sikka.

Do shareholders own companies? The answer to this simple question may appear to be obvious but may not be correct. The Companies Act 2006 does not say that shareholders are owners of companies, although shareholders have some controlling rights.

We tend to think about ownership in everyday commonsensical way. If you own a phone you can use it at all times, rent it out, sell it, take it home, pawn it, smash it or give it away. If you hurt someone with it, that party can sue you for damages. Such simple notions of ownership do not easily apply to ownership of companies.

In legal literature and case law, ownership is characterised by incidents of rights, powers, liberties and immunities; and duty and liability.

The idea of ownership confers powers, liberties and immunities. These include, (1) the right to the capital: the right to capital consists of the power to alienate the asset by transferring ownership to others through exchange, sale, gift and mortgage, etc. This is closely related to, (2) the power to transfer ownership to successors. (3) The liberty to consume, waste or destroy the whole of part of the asset. (4) The right
to security. The owner should be able to look forward to retaining ownership indefinitely, if s/he so chooses and remains solvent. This is, in effect, immunity from expropriation, based on rules that apart from bankruptcy and execution for debt, the transmission of ownership is consensual.

Ownership confers duty and liability towards others and includes: (1) the prohibition of harmful use. An owner’s liberty to use and manage the item owned as s/he chooses is subject to the condition that uses harmful to other members of society are forbidden. (2) Liability to execution: the liability of the owner’s interest to be taken away from him/her for debt, either by execution of a judgment debt or on insolvency.

Courts have long made it clear that shareholders have no legal or equitable interest in any part of the company’s property or assets, and the company is the sole and beneficial owner of all the property vested in it. The case of Short v. Treasury Commissioners [1948] 1 KB 116 122, stated that “shareholders are not, in the eyes of the law, part owners of the undertaking. The undertaking is something different from the totality of the shareholding.”

Unlike the agency theory, corporate law does not grant shareholders the right to necessarily impose their will on the company. The case of Gramophone & Typewriter Ltd v Stanley [1908] 2 KB 89 stated that “even a resolution of a numerical majority at a general meeting of the company cannot impose its will upon the directors when the articles have confided to them the control of the company affairs. The directors are not servants to obey directions given by the shareholders as individual; they are not agents appointed by and bound to serve the shareholders as their principals”.

The ownership of shares cannot be equated with ownership of companies as it fails most of the tests specified above.

Shareholders possess a piece of paper entitling them to receive future income, but do not have the right to use any of the assets held by the corporation for their personal use. Companies are legal persons and in that capacity, they can own assets and use them in accordance with the directions given by directors. If any shareholder were to attempt to possess the asset and use it for personal enjoyment, s/he will probably be accused of theft.

As the assets are legally owned and managed by the company, it can grant charges on property and also license it to third parties to generate income without the permission of shareholders.

Shareholders cannot use the assets of a company to satisfy their own debts. In common with other consumers, shareholders can use a company’s assets and services by paying a price, but they generally do not have any special privileges arising from their investment in shares of the company.

Shareholders do not have a right to manage the company or the assets vested in the company in which they own shares, though they can elect directors to do so. Shareholders can vote on resolutions to constrain management, but that does not result in the right to manage assets. Most votes at annual general meetings of UK corporations are advisory rather than binding on directors.

Shareholders do not have the right to demand income from the assets owned by the company. They can receive dividends, but only after directors agree to declare them. Shareholders can vote to accept or reduce the payment of dividend, but they cannot demand a higher amount. In principle, shareholders can hold share certificates for an indefinite period, and can continue to enjoy the benefits derived from it as long as the company remains in existence.

However, the state can nationalise industries and restrict the ability of individuals to hold shares. Shareholders cannot recover the capital represented by share certificates from the company. Of course, they can sell their shares to another party, but under competition laws the state may disapprove mergers and takeovers and veto the ability of shareholder desire to buy or sell shares.

Shareholders can transfer or bequeath shares to successors, subject to the taxation laws of the country. The same also applies to using shares for gifts or mortgages. The share certificates may have some value as long as the company is solvent.

In the course of their business, companies may sell their assets, but shareholders do not have the right to receive the proceeds unless directors so elect, subject to statutory rules about solvency and capital maintenance. Shareholders do have a residual interest in the event of bankruptcy, assuming that the assets have been disposed to satisfy the prior claims of secured and unsecured creditors. In practice, shareholders may receive little or nothing.

According to legal arrangements shareholders bear the residuary risks, but unlike employees they can manage some of their risks by holding diversified portfolios. In economic theory there are considerable similarities between the position of a shareholder and a debt holder.

Both are outside the corporation and both have provided money to a company in expectation of a return. The return due to debt holders may be written into a contract and needs to be paid before payment of any dividends, but neither is guaranteed income or the return of the original loan or investment.

There is considerable evidence to suggest that in pursuit of higher profits and shareholder returns, companies have engaged in harmful actions, including the sale of harmful products (tobacco, alcohol), manufacture diseases, deadly weapons, genocide, cartels, tax avoidance, money laundering, bribery and corruption.

Harmful actions may increase returns to shareholders, but also blights the lives of many people. Shareholders may receive a higher return, but they cannot be individually held responsible for the consequences of harmful actions by their companies.

The state can liquidate a corporation engaged in harmful practices even against the express wishes of its shareholders, but shareholders are not required to make good the damage done to other stakeholders and society. Seemingly, the corporate veil permits shareholders to benefit from practices, which as natural persons they would not be able to.

To sum up, the claims of the shareholder supremacy in accounting, auditing, finance and corporate governance literature rely on the assumption that shareholders own corporations. However, shareholders cannot own companies in the same way that an individual can own a mobile phone.

Shareholders are not the owners of corporations as they fail most of the tests associated with ownership. Shareholders cannot possess or use any of the assets held by a corporation. They cannot dictate business strategy, control the sale of assets, demand dividends or be held liable for a corporation’s actions. They may claim residuary interest by liquidating the corporations but there is no guarantee that they will receive anything. The property of a company is entirely separate from the ownership rights of individual shareholders.

Shareholders have entitlement to receive income and this is accompanied by limited liability and social irresponsibility because they do not directly bear the cost of corporate malpractices. Bringing corporations under public control remains a major challenge.

• Prem Sikka is professor of accounting and finance at the University of Sheffield. 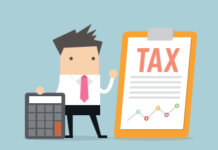 An introduction to VAT 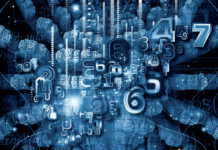 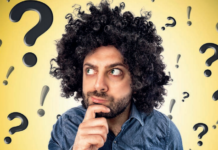