I am writing my column on a train returning from Cardiff, where yesterday I took part in a round-table discussion at Companies House about their future. The meeting was also attended by representatives from BEIS and the FCA. All accountancy and bookkeeping bodies were invited to attend. Only three of us made the trip to the Principality, although others were present via a speaker in the middle of the table, although to be honest their contribution was about as obvious as was their presence.

The UK is widely regarded as one of the best countries, certainly in Europe, in which to register a new company. It is simple, fast and relatively cost-effective. Unfortunately this simplicity has been achieved at the expense of due diligence; in fact any diligence. It might surprise you to learn that Companies House does not have the legal right to stop a person, almost any person, from registering a company. I suppose the thought behind this was that someone else further down the process, Bank, Bookkeeper, solicitor or accountant, would sort out all that.

The problem facing government is that, on the one hand, it wishes to encourage entrepreneurialism and not put too many barriers in the way that might deter the hundreds of thousands of people each year who set up in business; whilst on the other hand, it needs to stop criminals abusing a loophole.

There were a number of suggestions discussed. You can see the slideshow presentation here.

But my rather blunt question about the source of the funding for all this was greeted by grins and awkward glances before it was admitted that this is ‘up for discussion’. Introducing a ‘pay-per-view’ system for the much-loved company search facility was an option but one which, I respectfully countered, would place yet another burden on ICB Bookkeepers, who use the checking service to verify company due diligence. It was admitted that no decision has yet been made. I suggested that if all companies were expected to pay a small flat fee, say £100, for filing their annual accounts, this would actually provide sufficient funds to pay for their enhanced regime and the Home Office’s recently announced new computer too. In one fell swoop, they would relieve ICB Bookkeepers of yet another fee and continue to provide, if I might be permitted to borrow a phrase used about the NHS, a service that is free at the point of use.

In last month’s newsletter, I highlighted the white paper that is out for consultation. I would urge all of you to read this here and to submit your comments. This is an important service that we need to retain – and hopefully as a free service.

Getting to net zero 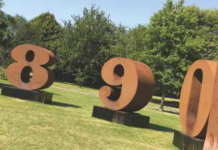 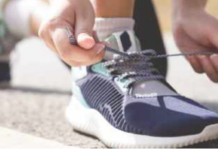